The following is a post I recently wrote for our staff newsletter thingamajig. It isn’t supposed to be ultra-techy but just introduce some emerging technologies to people that aren’t regularly exposed to such things.
When I was growing up in the 1980’s I was a fan of a lot of the same things as any South Florida guy: the Miami Dolphins, baseball, “The A-Team,” and Terri Nunn from the music group Berlin. On the other hand, if I had an idol, someone I wanted to be when I grew up, it would have been “Case” from William Gibson’s 1984 classic Neuromancer.

I have been thinking about Neuromancer lately because I have been reflecting on how we’re suddenly living in this pseudo-amalgamation of Neuromancer, Snow Crash, and Accelerando. Most of us would agree that technology is growing exponentially. In other words, not only is technology accelerating but the acceleration is accelerating.

How often have you heard someone say, “I can’t keep up with it all?” Well, you know what? That’s okay. I can’t keep up with it either and I don’t think I’ve gone a day without being on the Internet since 1994. As I see it, the art is not to know everything, but to know the right things. As we speed toward technological singularity, the art of information is not always about how much you know, but rather how good are you at filtering out what you don’t need to know?

In some senses, we’re all a little bit more like Gibson’s Henry Dorsett Case navigating the virtual reality “cyberspace” of Neuromancer than we realize.

With that said, here are some trends I’ve come across over the past year accompanied with some thoughts of mine that are opinion and not meant to be taken as gospel:

There are a few things that I’ve been watching lately. There are things closer to that bleeding edge, but that’ll be for a later date.

Incidentally, I should mention I originally planned this article to be more conceptual, and about the possible responsibilities of a library in a world where technology is accelerating with such speed, but I realized quickly that our staff newsletter wasn’t really the medium. At some point I may revisit that conceptual analysis of the singularity and libraries. 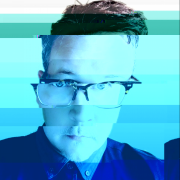